Looking back on our success in 2012, RHINO FORCE is proud of its donation of R 3 050 597.59 to Endangered Wildlife Trust (EWT) from sales of RHINO FORCE bracelets. 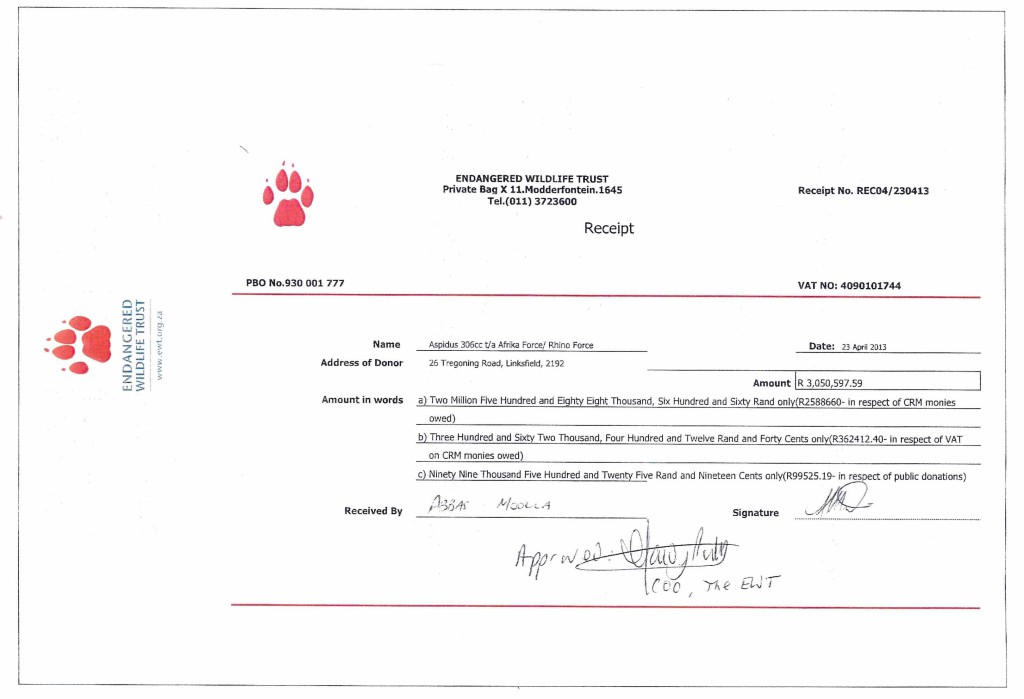 Thank you, South Africa, for supporting our hand-beaded bracelet.